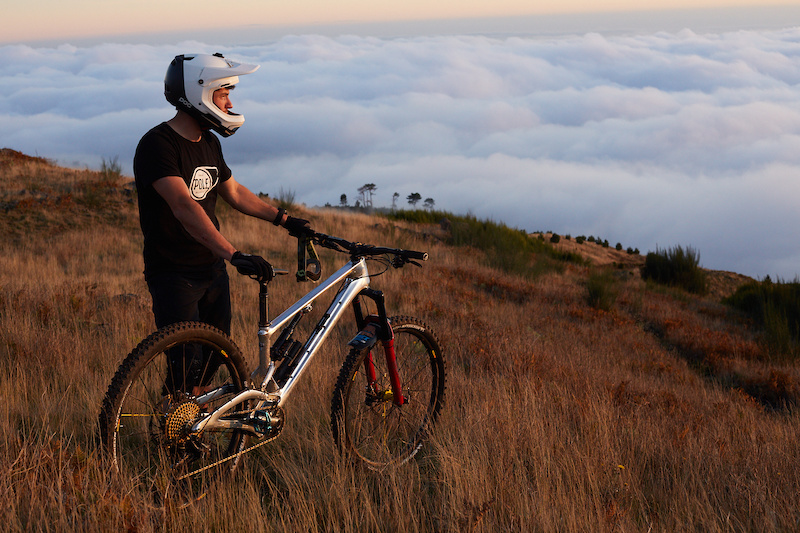 Joe Nation was revealed as Pole’s new signing in December, and he’ll be racing for the Finnish brand on their brand new bike, the Stamina. The Stamina is an evolution of the Machine, and is similarly produced from CNC machined aluminium. The Machine will now focus on general riding duties while the Stamina has one thing in mind – racing. Pole’s production techniques mean they are able to rapidly prototype new bikes and have them under their racers almost instantly, as the Stamina proves. 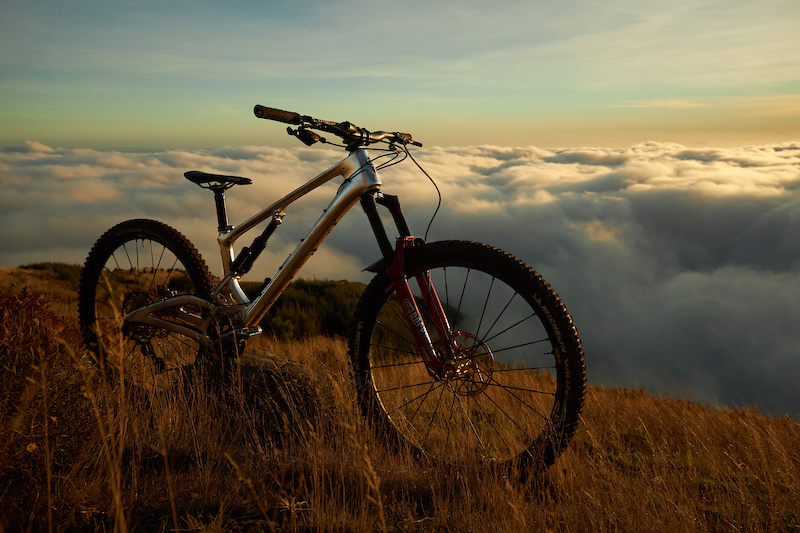 Madeira, what a place!

So what are the differences between the Machine and the Stamina? Well the Stamina gets an extra 20mm of travel following feedback from the Whistler EWS last year, making it a 180/180mm 29er. This is apparently mainly down to fatigue rather than ability, the extra 20mm saves your legs a bit more on the long days out.

Geometry wise, the Pole Machine was already pretty radical, but the Stamina takes it even further left field. Another 0.4 degrees is cut from the head angle and it now sits at 63.5°, verging on downhill bike territory. The seat tube angle is now 80° (effective 81°) which is up from 78° (79°). The Stamina is also 1mm longer than the Machine and with a wheelbase of 1306mm on this medium frame it’s a fair way beyond most EWS bikes at the moment. The rest of the geometry numbers are still being kept secret for now. 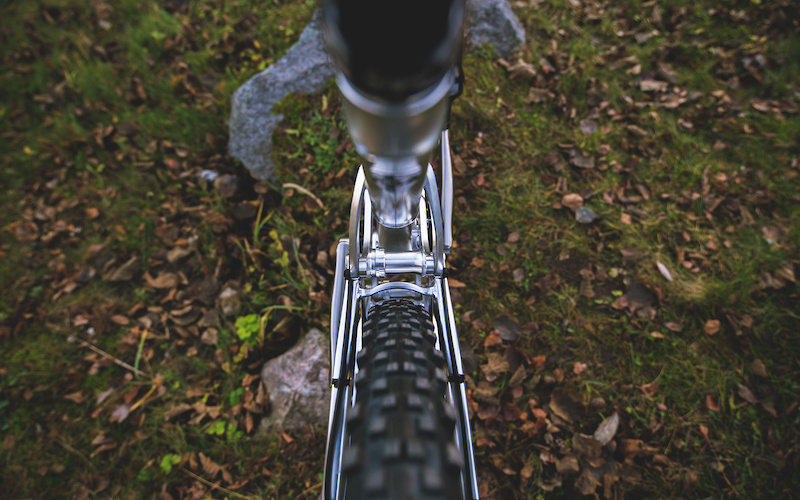 The seat tube on the Stamina is straight, as opposed to the Machine where it is curled round the shock. With he shock moved inside the front triangle, there is better access for the seat post cable and the shock is better protected from dirt. 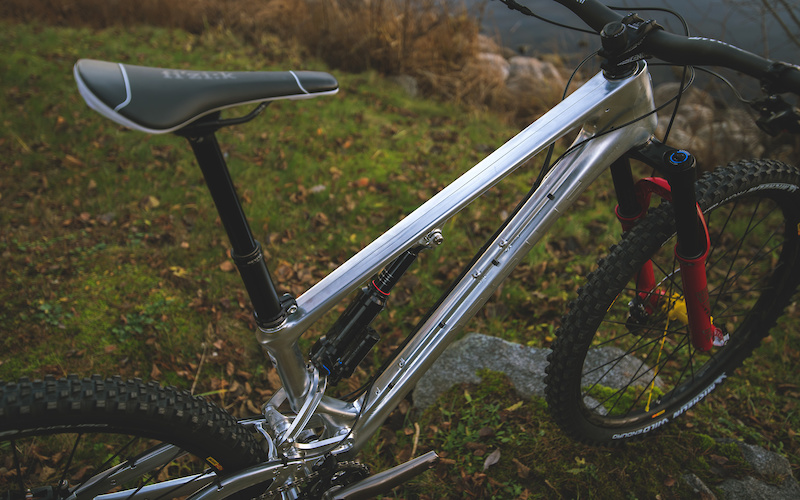 The top tube shows where the two pieces of 7075 aluminium were bonded together.

Pole won’t tell us how much this weighs at the moment but with their downhill Machine tipping 40lbs on the scales, don’t expect it to be a featherweight. Pole’s answer to this will of course be that durability comes above counting grams.

A race spec is yet to be finalised and the team were still testing out spec combos when these photos were taken at the team camp in Madeira, however there’s plenty to ogle at while they work it out. The most obvious among that is a pair of Cane Creek titanium eeWings cranks that will certainly do no harm to that weight figure. The race bike runs RockShox front and rear with a mammoth 180mm, 29″ Lyrik handling things up front and a Super Deluxe (250×75) keeping the rear wheel tracking. Mavic Deemax Pro wheels are shod in Michelin rubber, a combination that worked pretty well for Sam Hill these past 12 months. SRAM Descendant parts make up the cockpit.

Joe’s team mate Leigh Johnson managed three top 20s in the EWS on the Machine last year, including a 13th in Finale. The team will be looking to go even better in 2019. 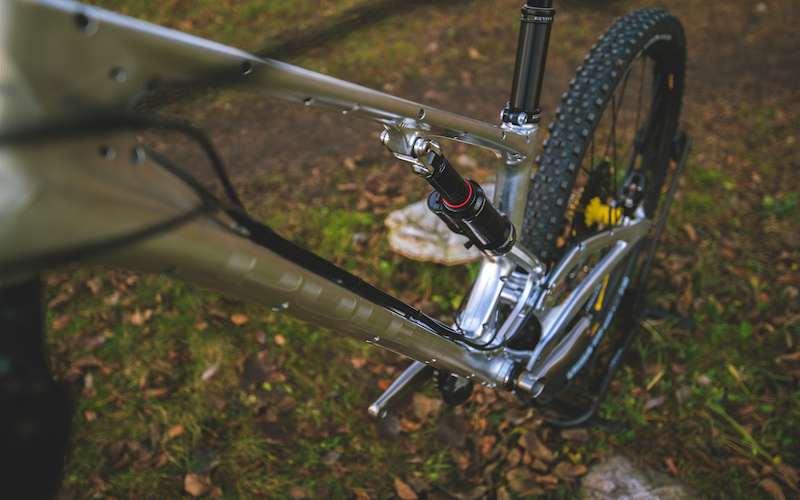 Joe runs his Super Deluxe shock at 140psi without tokens but has been testing with a 375 and 400lbs/in coil. 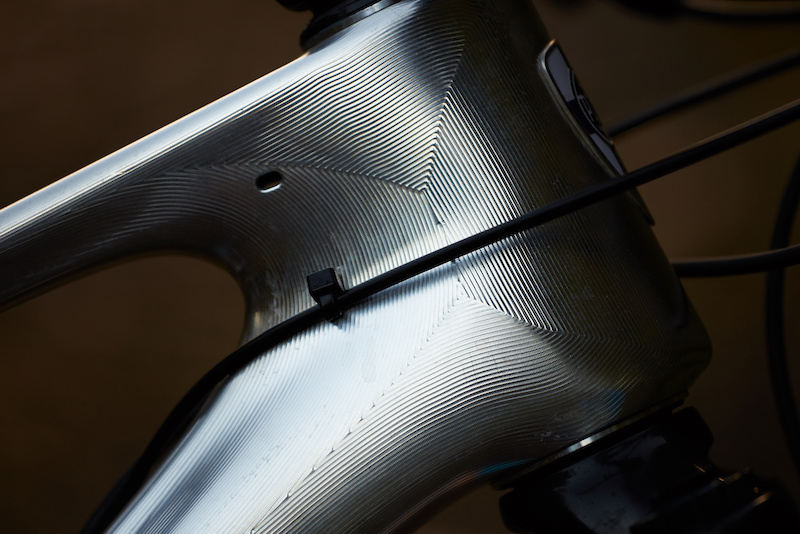 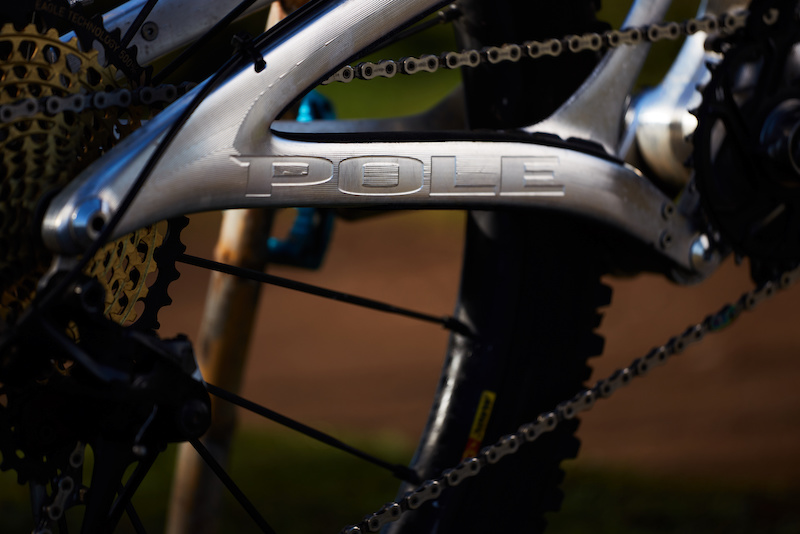 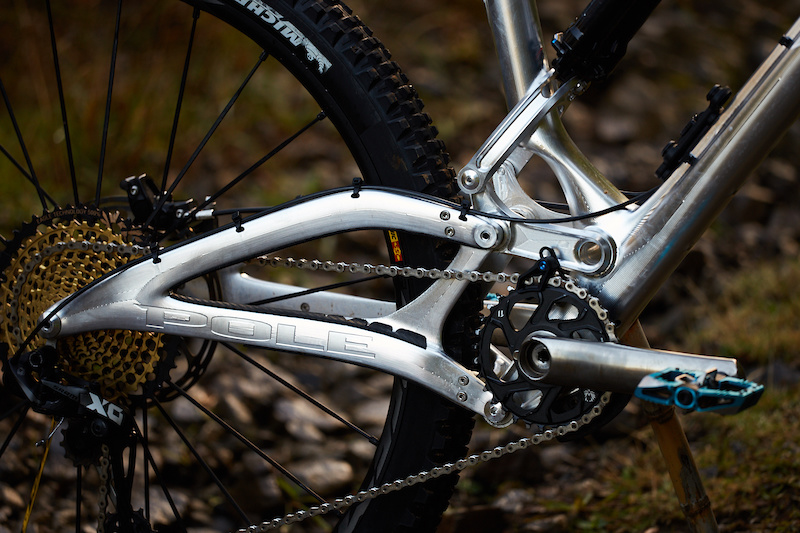 Not just a linkage, this bike is also foldable, and you’d have to with the size of it! Apparently the foldability has been improved over the Machine. The raw metal look is completed with those Cane Creek eeWings titanium cranks. We’d expect no less from a brand as staunchly anti-carbon as Pole. 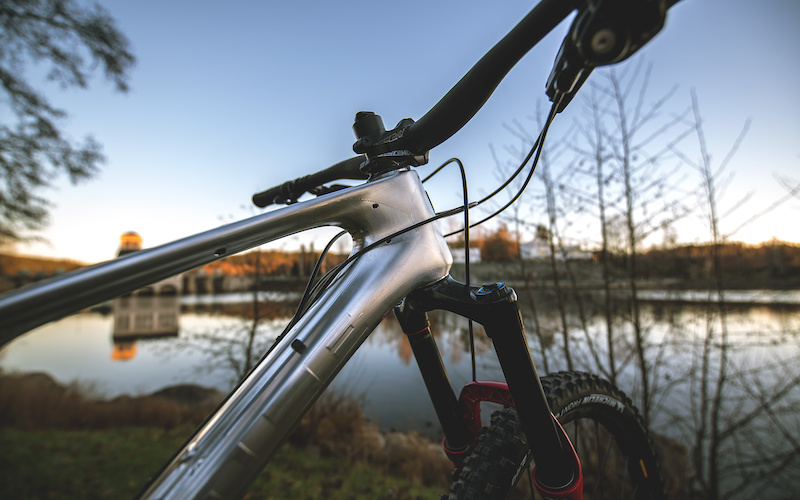 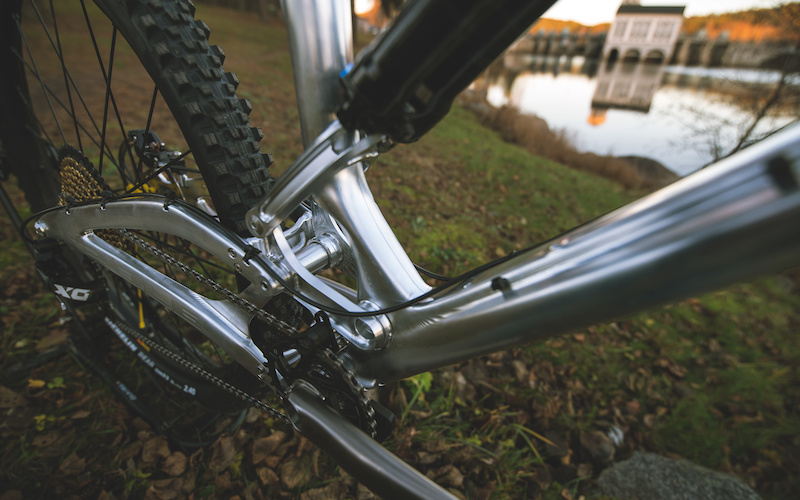 All cable routing is external but Pole sell this as a positive, not a negative. 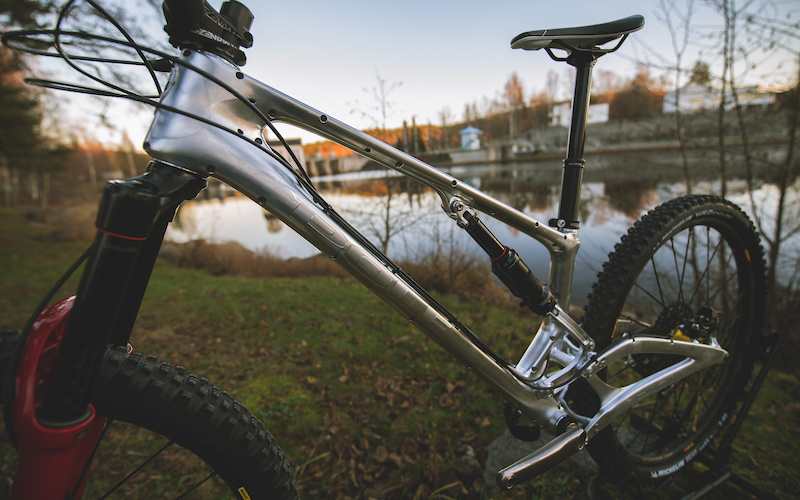 Powered by WordPress | Designed by TieLabs
© Copyright 2020, All Rights Reserved
We use our own and third party cookies. If you continue browsing we consider you accept the use of cookies.
Accept